Ayutthaya was once the capital of Thailand. Back in the 14th century and lasted for 417 years with 33 kings from 5 dynasties.

After the second fall to Burmese army, Ayutthaya was left beyond repair. King Taksin the Great relocated the new capital called Thonburi on the west of Chaophraya River, across from Bangkok nowadays.

The ruin of Ayutthaya City which is a mix of Sukhothai and Khmer influence architectural styles has been granted World Heritage status by UNESCO. 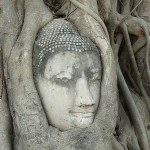 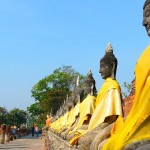